A watch-back tactile display (WBTD) is an attractive output option due to its always-available nature. However, employing commonly-used vibration modality on a WBTD may result in a low efficiency since its stimulation area is relatively wide compared with the small contact area of a watch-back. We considered using a more localized tactile stimulus, a poke, to improve the efficiency of a WBTD. We built a WBTD consisting of overlapping 3×3 poke and vibrotactile tactor arrays so that it may be used either as a poke display or as a vibrotactile display. An experiment was conducted to optimize the parameters of poke stimuli, and its results revealed that four directional patterns were best recognized when poking depth was deepest (3 mm) and sensory saltation was exploited. In the next two experiments, we compared the information transfer capacities of the poke and vibrotactile displays. The information transfer capacity of the poke display (1.55 bits) was shown to be higher than that of the vibrotactile display (1.32 bits) in a simulated environment with the mental load of a primary task. This result confirmed our expectation that using a more localized tactile stimulus would improve the efficiency of a WBTD.

The prototype consists of servo motors and linear resonant actuators (LRA). It could control the poking distance from 1mm to 3mm.

It can be worn on a user’s wrist.

The tactile patterns we used for the experiments. 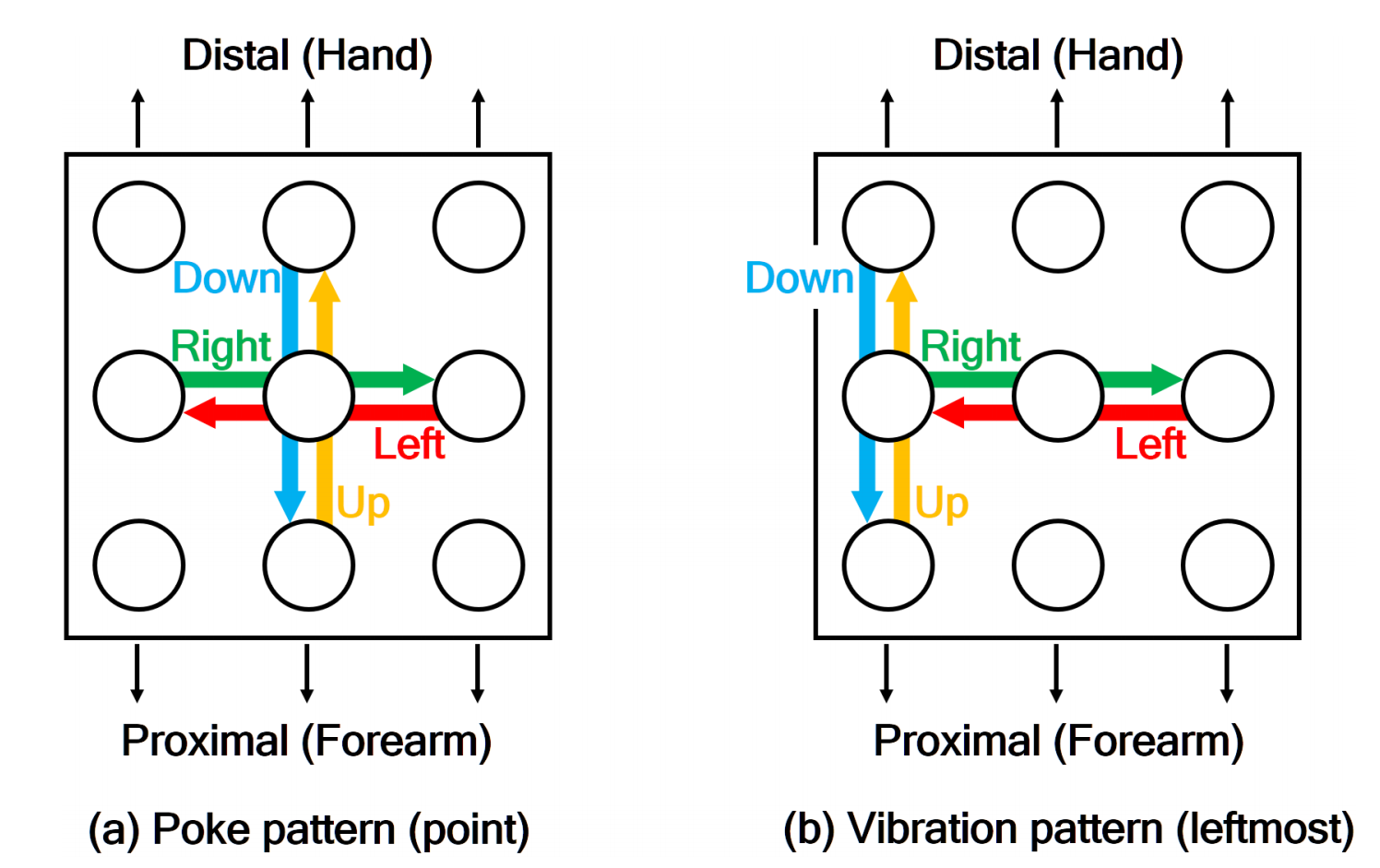 Please see the paper from ACM DL for more details.